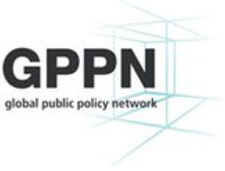 Dual degrees are arrangements, usually in two-year programs, where students can take first-year courses in one institution and, in their second year, take specified courses in a second institution and then be awarded a degree from each institution. Notable examples are the arrangements developed among the members of the Global Public Policy Network (GPPN).

The Hertie School describes the GPPN as follows (at https://www.hertie-school.org/facultyandresearch/global-public-policy-network-gppn/, accessed 2 July 2016):

“The Global Public Policy Network (GPPN) is a partnership between Columbia University, FGV-EAESP, University of Tokyo, Hertie School of Governance, Lee Kuan Yew School of Public Policy, Institute of Public Affairs at LSE and SciencesPo, Paris. GPPN is global in two ways: the global spread of its members and its subject focus on emerging global trends in public policy.

“The mission of GPPN is to address the most pressing public policy challenges of the 21st century and, as a result, to have policy impact, to be influential in public policy education and training, and to be innovative in teaching and research.

“The guiding principles of the GPPN are to develop a network of schools with:

Columbia SIPA has two flagship degrees, the MPA and MIA, and it has negotiated dual degree arrangements with all of the GPPN members. Its description (at https://sipa.columbia.edu/global-public-policy-network, accessed 2 July 2016) is:

“SIPA participates in several dual degree and exchange programs with our international partner schools. Students are awarded both the relevant SIPA degree and a degree from our partner institution at the end of a unified two-year study program. Programs are open to both MIA and MPA students. New students should apply through the school where they want to BEGIN their studies. Students will pay SIPA tuition when they are studying in residence at SIPA, and the partner school tuition when they are enrolled abroad.

The descriptions of these partner arrangements in the respective schools are listed in the table below (accessed 3 July 2016). Arrangements in parentheses may be with units outside the GPPN.