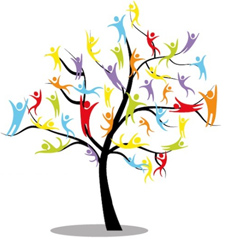 Encyclopedia Britannica defines the Welfare State as a “concept of government in which the state or a well-established network of social institutions plays a key role in the protection and promotion of the economic and social well-being of citizens.”

“It is based on the principles of equality of opportunity, equitable distribution of wealth, and public responsibility for those unable to avail themselves of the minimal provisions for a good life. The general term may cover a variety of forms of economic and social organization.

“A fundamental feature of the welfare state is social insurance, a provision common to most advanced industrialized countries (e.g., National Insurance in the United Kingdom and Social Security in the United States). Such insurance is usually financed by compulsory contributions and is intended to provide benefits to persons and families during periods of greatest need. It is widely recognized, however, that in practice the cash benefits fall considerably short of the levels intended by the designers of the plans.

“The welfare state also usually includes public provision of basic education, health services, and housing (in some cases at low cost or without charge). In these respects the welfare state is considerably more extensive in western European countries than in the United States, featuring in many cases comprehensive health coverage and provision of state-subsidized tertiary education.

“Antipoverty programs and the system of personal taxation may also be regarded as aspects of the welfare state. Personal taxation falls into this category insofar as its progressivity is used to achieve greater justice in income distribution (rather than merely to raise revenue) and also insofar as it used to finance social insurance payments and other benefits not completely financed by compulsory contributions. In socialist countries the welfare state also covers employment and administration of consumer prices. …

“The principal problems in the administration of a welfare state are: determining the desirable level of provision of services by the state; ensuring that the system of personal benefits and contributions meets the needs of individuals and families while at the same time offering sufficient incentives for productive work; ensuring efficiency in the operation of state monopolies and bureaucracies; and the equitable provision of resources to finance the services over and above the contributions of direct beneficiaries.”