… a core concept in Communication Skills and Atlas 109 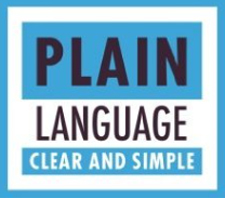 As explained in The Canadian Style guide (reference below) plain language should not be confused with an oversimplified, condescending style. Rather, by choosing straightforward vocabulary and sentence structures and by organizing and presenting material clearly and logically, the writer can save the reader time and effort and ensure that the message will be clearly understood.

In recent years many governments have developed policies to encourage civil servants to use plain language in creating public documents dealing with regulations and services. Using plain language also helps communicate with and between government officials.

In other words, plain language deals with more than words and also includes organization, document design, and sentence and paragraph style. All of these features have to be considered when writing or revising a document in plain language.

Susan Doyle identifies five common problems that produce complex, dense sentences that are difficult for most readers to understand easily.