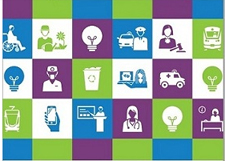 Investopedia, reference below, defines a quasi-public corporation as a type of corporation in the private sector that is backed by a branch of government that has a public mandate to provide a given service.

Modernizing Government in Governance and Institutions and Atlas100.

Image: OECD, The Innovation Imperative in the Public Sector, at http://www.oecd-ilibrary.org/governance/the-innovation-imperative-in-the-public-sector_9789264236561-en, accessed 19 August 2016.