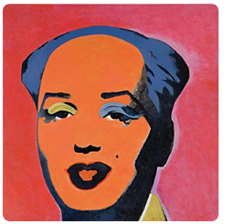 Leslie Pal (reference below) discusses the postmodernist (also known as post-positivist, or constructivist) analysis of policy design and implementation.

“The approach known as “post-positivist” or “constructivist” (sometimes “postmodern” or “interpretivist”) takes a more radical approach. It argues that while there is indeed a reality external to ourselves, we can never perceive it unfiltered. Our ideas, our beliefs, our norms, even our language, structure perception so deeply that we can perceive only “social facts,” not facts themselves. The shorthand term often used for this structure of ideas and perceptions is discourse, which itself gestures to the dialogical nature of argument and persuasion.

“The main target in this approach is, once again, the rational model or what Majone termed “decisionism,” both for its claims about reason and science, and for its elevation of “experts” in rational analysis to a privileged place in the policy process. For post-positivists, embracing the rational model means elevating experts, which, in turn, means choking democracy or the meaningful participation of non-expert, ordinary citizens. The alternative approach emphasizes both the uncertainty in our perceptions and ideas (because we cannot come to a definitive assessment of reality or truth), and the crucial role of argument and debate as we collectively search for answers. For example, in an early contribution, Hawkesworth noted that while we do deliberate about policy choices, we do so against multiple criteria, and “however exhaustive the arguments advanced in support of one position, considered judgements concerning the best theory will remain contentious and tentative …” (Hawkesworth, 1988, p. 87).

“Stone (2012) makes a similar post-positivist critique to Hawkesworth’s, though less in terms of methodology and science than in terms of the implications of the traditional, rationalist approach for our understanding of politics and the policymaking process. Stone notes that what she calls the “rationality project” necessarily holds out science, facts, and reason as the means for arriving at policy choices. But policymaking takes place in the political community – the polis:

[T]he categories of thought behind reasoned analysis are themselves constructed in political struggle, and nonviolent political conflict is conducted primarily through reasoned analysis. It is not simply, therefore, a matter that sometimes analysis is used in partisan fashion or for political purposes. Reasoned analysis is necessarily political. Reason doesn’t start with a clean slate on which our brains record their pure observations. Reason proceeds from choices to notice some things but not others, to include some things and exclude others, and to view the world in a particular way when other visions are possible. Policy analysis is political argument, and vice versa. (Stone, 2012, p. 380; emphasis in original)

“In the early 1990s, Frank Fischer and John Forester, two leading lights in this approach, termed this emphasis the “argumentative turn” in policy analysis and planning (Fischer & Forester, 1993). For them, policymaking is a “struggle over the criteria of social classification, the boundaries of problem categories, the intersubjective interpretation of common experiences, the conceptual framing of problems, and the definitions of ideas that guide the ways people create the shared meanings which motivate them to act” (p. 2). The argumentative turn entails, among other things, the critical study of the structure of argument in policy analysis (Fischer, 1980), the role of values (Fischer & Forester, 1987), the deep impact of rationalism through its associated logic of technocratic mastery (Fischer, 1990), and the search for some sort of “deliberative democracy” that builds on the communicative competence of social actors as they honestly, and without domination or constraint, search for solutions together through dialogue (Dryzek, 1990; Dryzek & Niemeyer, 2010).”