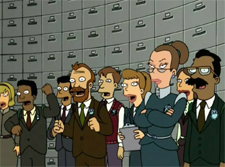 In his classic 1964 article, Inside Bureaucracy, Anthony Downs (reference below) sets out five types of government officials. Downs elaborated these in a book by the same name published by Little Brown in 1967 and WikiSummary (reference below) summarizes these types as:

And that Downs suggested three key determinants of an official’s type: