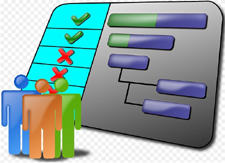 This topic teaches students about problem definition and the theories surrounding framing, as well as agenda setting practices. Students learn about the issue-attention cycle and the role of the media in influencing which policy issues move to the active policy agenda of governments.

Upon completing this topic the student will be familiar with the theory and practice of defining problems and setting agendas, including the concepts listed below.

Core concepts associated with this topic

Other potential concepts on the Old Atlas

Recommended readings for 7 hours of preparation

CCQ206.08.10. Among the statements a-d pertaining to Pal’s aspects of problem definition choose the one that is invalid or choose e if all are reasonably valid.

a. Leslie Pal says that policymaking is, in large measure, about trying to solve problems and so the nature of those problems – how they are defined – is central to the entire process.

b. Key aspects of problem definition include causality (what factors lie behind the problem) and severity (how bad is the problem likely to get).

c. Key aspects of problem definition include incidence (what is the scope of impact), novelty (is it new), and proximity (how close is the problem).

d. Key aspects of problem definition include crisis (how pressing is the problem), problem population (who will be targeted in the policy response), and solutions (what can be done).

CCQ206.08.11. Among the statements a-d pertaining to issue framing choose the one that is invalid or choose e if all are reasonably valid.

a. Issue framing is a way of depicting a policy issue or problem in broad and understandable if somewhat simplified terms.

b. The first dimension of issue framing is analytical and emphasizes the logical elements that make up an argument or claim.

c. The second dimension of issue framing is part of policy communications, combining effective arguments with powerful rhetorical tools such as metaphors and labels.

CCQ206.08.12. Among the statements a-d pertaining to policy images choose the one that is invalid or choose e if all are reasonably valid.

a. Policy images are a mixture of empirical information and emotive appeals that explain an issue and justify the public policy response.

c. A policy image is an identifiable method through which collective action is structured to address a public problem.

d. Policy images give a sense of the tone of the issue in positive or negative terms.

CCQ206.08.13. Among the statements a-d pertaining to policy window choose the one that is invalid or choose e if all are reasonably valid.

a. Policy windows are defined as unpredictable openings in the policy process that create the possibility for influence over the direction and outcome of that process.

b. A great deal of the agenda-setting process is contingent on unpredictable factors and personalities – i.e., to the opening of policy windows.

c. Windows sometimes open regularly but who jumps through successfully or not is still a matter of chance and skill.

d. A policy window is a mixture of empirical information and emotive appeals that explain the issue and justify the public policy response.

CCQ206.09.22. Among the statements a-d pertaining to agenda setting and media bias choose the one that is invalid or choose e if all are reasonably valid.

a. Public policy is shaped and fashioned by a host of actors – ordinary citizens, politicians, public officials, think tanks, academic institutions, government relations experts, nongovernmental organizations – but debates over policy rarely take place directly, and most citizens get exposed to these debates through the media, typically television news, magazines, newspapers, and so on.

b. A relevant question is whether these media simply and faithfully channel those debates to the public, or whether they have their own biases and agendas, and consequently an independent effect by shaping how people think about policy issues.

c. Recent research suggests that the agenda-setting power of the media has been somewhat exaggerated.

d. There is no analytic basis for the concern that modern media, especially television, operate on a logic that is rapidly dumbing down the citizenry and eroding public trust and civic engagement.