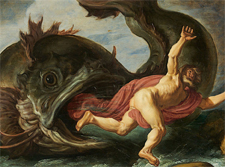 Leslie Pal (reference below) discusses the use of symbolic representation in public policy.

“We expect works of literature to be marked by narrative skill and grace, and expect that works of social science and public policy will be dry and demanding. But if we accept that policy analysis and recommendations have to be communicated, understood, accepted, and implemented, we can appreciate the importance of crafting the message. As we have noted above, most students of public policy acknowledge the importance of effective communication, and at least a few have tried to examine the specific rhetorical and discursive strategies behind those communications. They can draw on ancient reflections such as Aristotle’s Rhetoric as well as more contemporary ones (Riker, 1986, 1996). The key is that policy communication is not only about analysis, but about persuasion through language and rhetorical strategies, whether deliberate or through unconscious art and instinct.

Narratives are stories that draw on the tropes of deep human experience: decline, loss, survival, triumph.

Synechdoche is the representation of the whole by a part or by a  single instance. Disability, which has many dimensions, is usually represented by an image of a person in wheelchair. The entire logic behind “spokespersons” for different causes or issues relies on synechdoche. How you see the issue depends on how you see its apparent representation.

Metaphors are subtle, sometimes invisible, denotations of one thing in terms of another: a is like b.

Ambiguity is the quality of symbols to simultaneously mean more than one thing, and from Stone’s perspective, to provide policymakers with a tool to bring together disparate groups under one banner. Her focus is on the political advantages of ambiguity less than its role in policy advice, so we will leave this out of our discussion.

“Analytical policy statements are often less important than the structural elements of language that stimulate almost unconscious reactions to the argument. Let’s consider narratives. We are all familiar with certain archetypal storylines, and a policy argument that can tap into one of these draws on the power of the narrative structure itself. Arguments about social policy and the deficit, for example, can be seen as “redemption stories.” In the past, goodwill and good intentions built a welfare state to meet important needs, but then temptation led us astray and we indulged in excesses and financial debauchery. Our problems got worse, but we ignored them and continued our profligate ways. Now the only option is a complete renunciation of our past sins, and with much pain and suffering, we will be redeemed. No wonder some finance ministers have sounded like preachers in recent years. Their narrative line has been about weakness, temptation, and eventual, if painful, redemption. The narrative line makes sense of the dense budget documents and arcane statistics. Challengers to this narrative write their own stories. The Occupy movement presented a narrative of greed, privilege, excess, and exploitation – the 99 percent screwed the 1 percent, and now they should pay.

“Policy analysts have to do the heavy lifting of problem definition and the search for options and recommendations, but they cannot avoid the imperative of packaging their work in some sort of narrative, a story that compels attention, if not agreement. As Borins argues: “if narratives so pervade the public sector, skill at engaging with, creating, and communicating compelling stories must be considered essential for both persuasive and public servants” (Borins, 2011, p. 3). He calls this “narrative competence,” drawing attention to various “fables” about the public sphere that help us grapple with complex public issues – fables about heroes, sacrifice, tragedy, and satire.”

“The use of rhetorical strategies at best may seem like little more than spin and at worst something unsavoury that politicians do to sell policies. But the alternatives are not between sober, flat analysis and sexy sloganeering. No matter how solid the analysis, if it is presented awkwardly and is indigestible or unclear, it will fail. At minimum, it should have clarity of structure and message. At best, it can be both clear and engaging. Even titles matter. Which would you read first – Losing Ground, Losing Faith: Growing Inequality and Secularism in Canada, or An Analysis of Income Differentials and Their Statistical Correlation with Declines in Religiosity?”

Consulting and Communicating on Policy (core topic) in Implementation and Delivery and Atlas107.