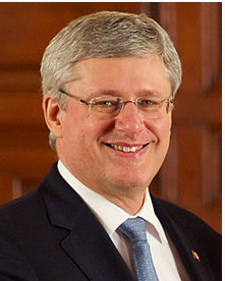 They suggest that the Prime Minister as CEO is consistent with the presidentialization of a Westminster System (see also Presidentialism).

In Canada, the Prime Ministership of Stephen J. Harper from 6 February 1963 to 4 November 2015 came close to this model.

The contrasting model is Prime Minister as First Among Equals.