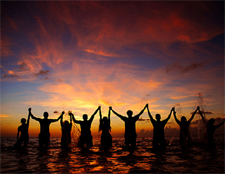 Leslie Pal (reference below) analyzes the implicit values in the evolving toolbox of policy instruments.

Pal suggests (p. 169) that “there does appear to be a tilt – though only a slight one and with some contradictions – to the way in which instruments and policy design have been going,” noting that:

“At one time we might have said the tilt was toward smaller and leaner and less intrusive government. Now, the reality is probably something closer to prudential caution, sobriety about the influence of government, coupled with strong and even expansionist actions in certain sectors with retreats in others. New pressures on spending and pump-priming now seem insurmountable. The rhetoric of cutting back on government reached a high point in the early 2000s, but after 9/11 and the global economic crisis, it became more muted. …

“Other factors lie behind this complicated shift in governance. First, … postmaterialist values are not uniformly promarket, for example, when it comes to the environment. Second, there is substantial angst about some major social policy questions such as youth crime, violent pornography, decaying family structures, racism, school behaviour, and educational performance, not to mention a host of health and safety concerns. In these areas it is far from clear that governments or citizens are prepared to accept the old nostrums of minimal government and market mechanisms. …

“The policy literature is coming to recognize this, principally by urging the importance of values in public policy. Though this is a larger issue than instrument choice, the discussion in this chapter has shown that the tilt of the toolbox is to maximize individual choice in programming and societal co-production with more careful, if possibly more extreme, government intervention than anything seen in the recent past. But public policy is not purely instrumental; it sends signals to citizens about who they are and how they should behave. For better or worse, it gives them a picture of appropriate social and political relations. Policy implementation that depends on market mechanisms and pure individual choice will encourage citizens to see their relations to government and to each other as primarily ones of exchange – a set of quasi-economic transactions for individual benefit. …

“These are ultimately questions of policy design for democracy, an issue that the literature on policy instruments often avoids and that practising policymakers usually sidestep. But it is worth asking these questions. What effect will downsized government or oversized government have on citizenship? How far should we go in encouraging individual self-reliance or dependency before eroding common bonds and a public space? …

“Work on social capital, for example, seeks to explain both efficient government and competitive economies in terms of social bonds of association and trust. The phenomenal success of Robert Putnam’s Making Democracy Work (1993) and Bowling Alone (2000) suggests that concerns about social capital cut across ideological lines. Francis Fukuyama (1995) has argued that economic performance depends on social capital and is a function of trust, which he defines as the “expectation that arises within a community of regular, honest, and cooperative behaviour, based on commonly shared norms, on the part of other members of that community” (p. 26). Both economic and political performance can be seen as forms of “collective action” problems, where what is rational from a collective point of view (say, a clean environment) runs up against incentives for individuals to free-ride and maximize their self-interest (say, the profits that can be made when all your competitors install antipollution equipment but you do not). If people cooperate, they are all better off. Community and social cohesion have become watchwords for government policy throughout North America and Europe, and have faced specific challenges in the face of soaring unemployment rates and souring attitudes toward both business and government.”