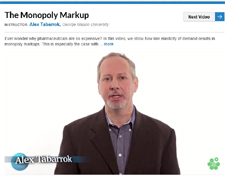 Alex Tabarrok (reference below, video on right) examines how the relationship between the monopolist’s profit-maximising price and the elasticity of demand.

Using an example from the pharmaceutical industry, Tabarrok illustrates that the monopoly markup will be higher when the demand for its product is less elastic. 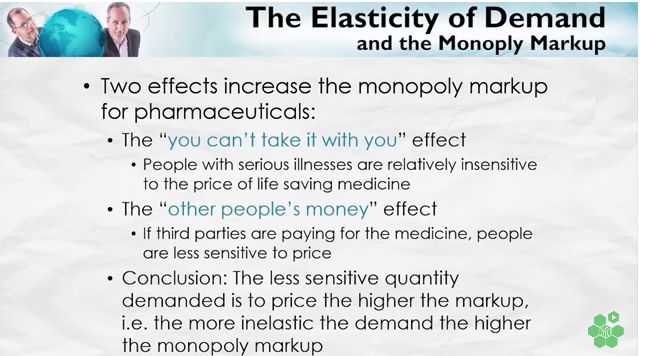 Tabarrok notes that firms can acquire Market Power by selling a unique good with Barriers to Entry, such as:

He then shows how the monopolist will set both price and output to maximize profit. 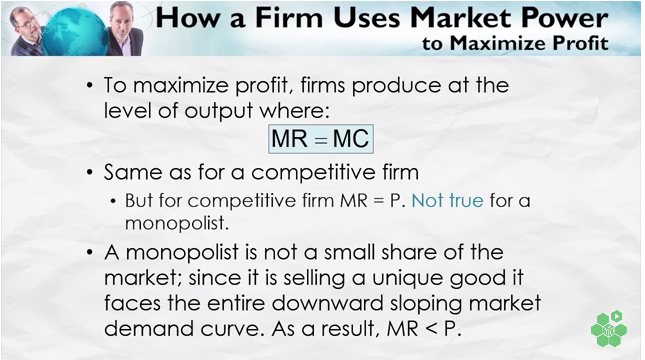 For a linear demand curve one can use a short cut for finding the marginal revenue: the MR begins at the same point on the vertical axis as the demand curve and has twice the slope, and splits the distance on the horizontal axis in half. 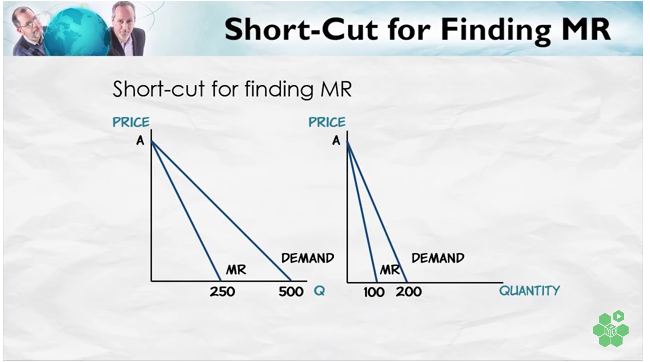 And, using the example of a pharmaceutical firm with the monopoly on an AIDS antiviral drug, Tabarrok shows how to add the average cost curve and calculate the monopolist’s profit. 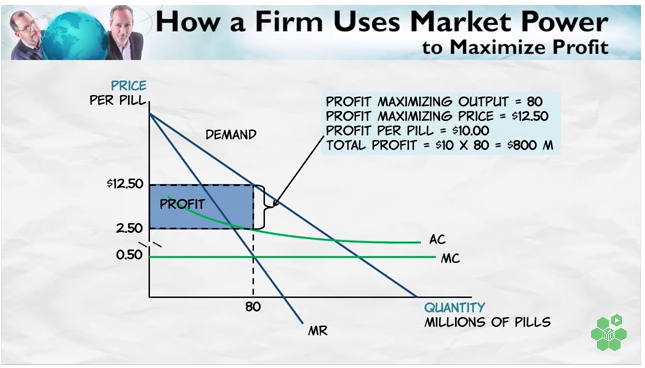