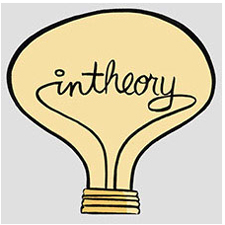 Leslie Pal (reference below) summarizes the best-known theoretical frameworks for implementation and describes how they have evolved.

“It may be that we have unrealistically high notions of what constitutes policy success. Ironically, because perceptions of government became more negative over the 1970s and 1980s, the public sector may be presumed to be doing worse than it actually is… However, the lessons of implementation cannot be ignored. It is difficult to make things happen, and it becomes increasingly difficult the further removed the situation is from the preconditions identified by Hogwood and Gunn. It can also be more difficult than it need be, if we expect perfect implementation through control. If top-down control is our standard, if we see implementation as the formal elaboration of some unitary design, then, almost by definition, that is unlikely to happen, given what we know about the limits of organizations and the impact of politics on decisionmaking.

“… the conventional work on implementation has tended to highlight its multidimensionality, difficulty, ambiguity, and a growing realization of its importance. The multidimensionality arises from the understanding that implementation can be viewed as an  organizational process, something internal to bureaucracies and focused on the challenge of balancing discretion with accountability. Implementation can also be viewed primarily as a political process of bargaining among actors who, while not necessarily equal in resources, can each affect outcomes. It can also be seen from the perspective of individuals, personalities, and leadership capacities, either in organizations or political structures. …

“Implementation, however, is not a matter of merely empirically deciding what works and then developing checklists of factors to consider as one tries to realize it. As Linder and Peters (1990) noted, looking at policy from the top down, the “implementation solution” criterion seems to be clarity, so that compliance can be ensured down the line. From the bottom up, however, the main criterion appears to be flexibility and discretion, and hence, policy design should emphasize simplicity (pp. 64–65). The factors that we consider to be important in implementation, in other words, depend on the way in which we perceive governance. To take an extreme example, if the scope of government were to be reduced to its 19th-century proportions of maintaining public safety and infrastructure such as roads and sewers, it is unlikely that any student of public policy would dream of implementation as a major issue.

“Implementation is a concern only when there are lots of complex policies to implement. Moreover, the nature of the issues and challenges we confront in implementation also depend on the modes of implementation that we characteristically use. When governments deliver services like education directly, accountability and compliance are more or less presumed to flow from the line relationships that extend down from the ministry or department to the local schools. Imagine a situation where all educational services were delivered by third parties, and the government’s only role was to develop curricula and distribute support to parents in the form of vouchers. Key implementation issues would suddenly become related to compliance with curricular guidelines and fraud in the use of the vouchers.

“Like everything else in policymaking, the practical world of implementation has changed significantly in the last two decades. The main trend in the 1980s and 1990s and into the early 2000s was new public management (NPM) … This kind of management involved the downsizing of the state, decentralization, a focus on performance and results as well as on service orientation, partnerships, and an emphasis on market mechanisms. Again, as previously mentioned, the specific pattern of reforms varied by country, and Canada’s version was considerably less enthusiastic than some others. Nonetheless, many key principles were adopted and implemented at all levels of government. There is no clear successor to the NPM model as a broad management philosophy, but some developments in management theory and practice in the last decade have overlaid this kind of management and created yet another distinctive environment for the implementation and management of public policy in Canada, with similar tendencies evident in other OECD countries.”