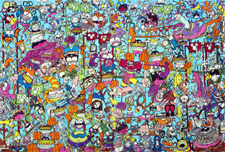 In management it is important to distinguish among sources of complexity to determine what is possible and desirable to simplify.

Julian Birkinshaw and Suzanne Haywood (reference below) argue that not all complexity is bad, but managers don’t always know what kind their organization has. They start with the distinction between:

They found through survey research that most people in the organization do not care about institutional complexity but they struggled with forms of individual complexity such as processes that had initially been effective but over time become increasingly bureaucratic.

Birkinshaw and Haywood suggest that it is important to distinguish between:

and introduces the problem of:

“Inter-domain complexity challenges us whenever a hospital patient has co-morbidities (heart and liver problems for example), or a business problem spans marketing and finance, or a political problem bridges foreign relations and domestic economics. The specialists who focus on heart, liver, marketing, finance, foreign relations, and domestic economy frame the problems using their tools, models, and language systems because that is what they know and that is where their confidence lies. It is hard for them to un-frame what they have framed or un-see what they see.

“It is not impossible. It is just hard. Typically, every bit of their formal and informal education has taught them to sacrifice detail complexity – to narrow problems to facilitate analyzing them. They don’t actually know how to take two opposing frames, models, and diagnoses, and do something useful with them. In fact, the more expert they are, the less likely they are to ever have done so – even once in their life. So they stick assiduously to something at which they are terrifically good: being narrow, and confidently so.”