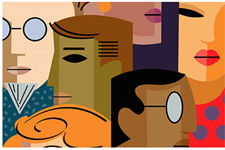 Merriam-Webster defines affirmative action as “an active effort to improve the employment or educational opportunities of members of minority groups and women [and also] a similar effort to promote the rights or progress of other disadvantaged persons.”

Wikipedia notes that affirmative action is known as employment equity in Canada, reservation in India and Nepal, and positive discrimination in the UK. It goes on to say that:

“[Affirmative action] is the policy of favoring members of a disadvantaged group who suffer or have suffered from discrimination within a culture. Often, these people are disadvantaged for historical reasons, such as oppression or slavery. Historically and internationally, support for affirmative action has sought to achieve goals such as bridging inequalities in employment and pay, increasing access to education, promoting diversity, and redressing apparent past wrongs, harms, or hindrances. The nature of affirmative action policies varies from region to region. Some countries, such as India, use a quota system, whereby a certain percentage of government jobs, political positions, and school vacancies must be reserved for members of a certain group. In some other regions where quotas are not used, minority group members are given preference or special consideration in selection processes.”

Example – hiring new faculty in the Department of Medicine, University of Toronto

The Department of Medicine (see http://www.deptmedicine.utoronto.ca/) is the largest unit in Faculty of Medicine at the University of Toronto, and is “one of the largest in North America, with 800 full-time faculty members, 1,000 postgraduate trainees, and 19 sub-specialty divisions located across six fully-affiliated hospitals, four community-affiliated hospitals and more than a dozen additional clinical practice sites.”